The Watts Towers Complex remains the pride of Watts, CA.  Internationally acclaimed, visitors come from around the globe to see for themselves how it has grown from just the site of Simon Rodia’s masterpiece known as the Watts Towers to now a complex which is a State Historic Park and a National Registry site.  In addition to the Towers there is also the Charles Mingus building which also serves as the sites visitor center.

Today I stopped by to update some photos and see how the restoration project of the towers is developing.  It is set to be completed during the Spring of 2020.  Visitation was pretty brisk today as Huell Howser’s California Gold program was shown (rerun) yesterday which highlighted his interview with director, Rosie Lee Hooks. 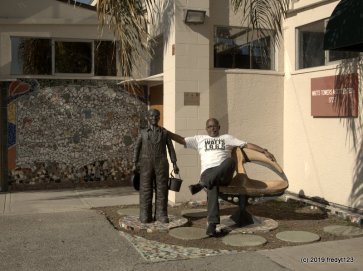 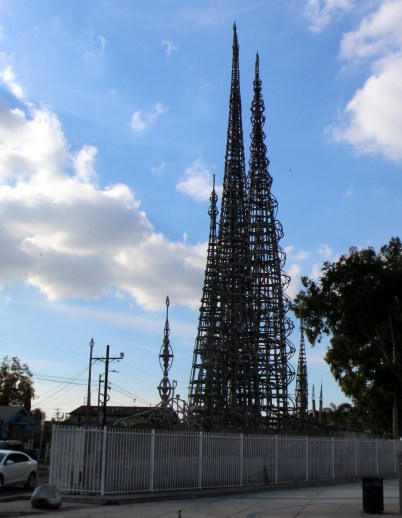 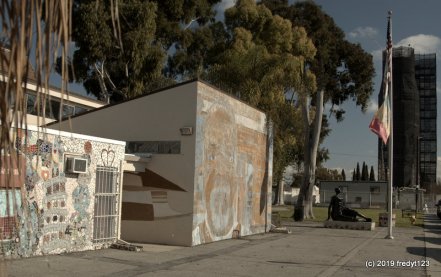 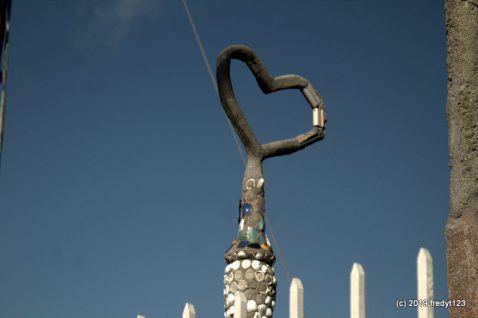 A Mingus creation – symbol of Watts Towers atop large trees 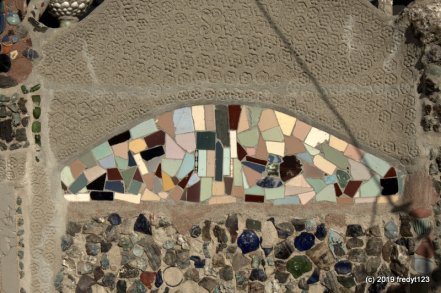 Follow The photo gallery from Fred Thomas, III on WordPress.com